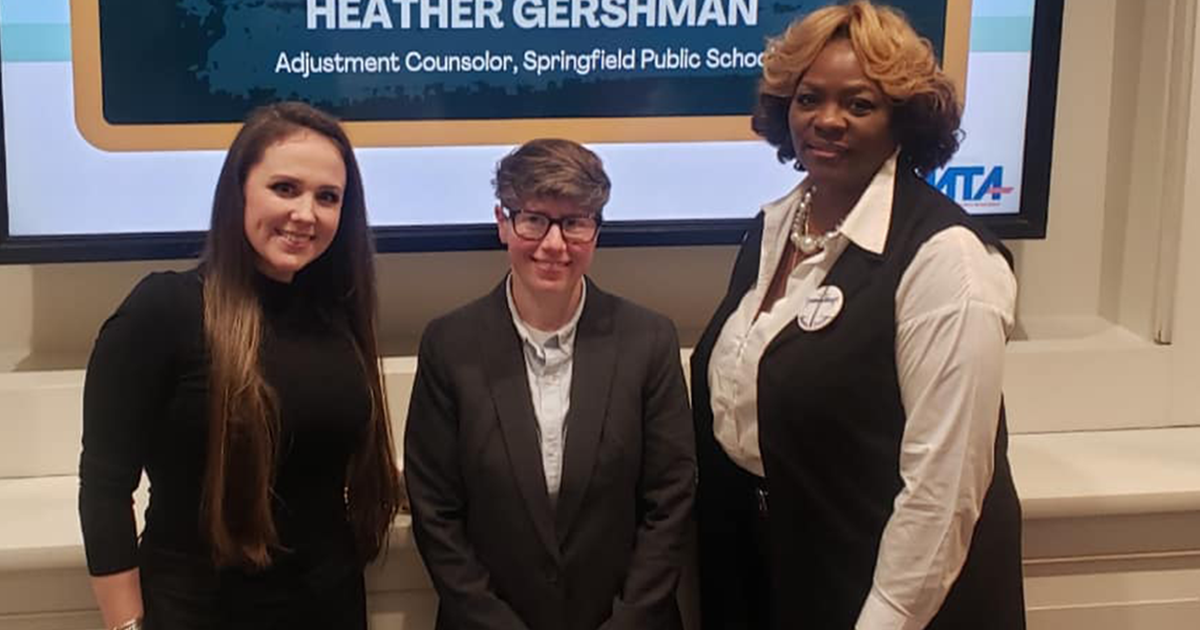 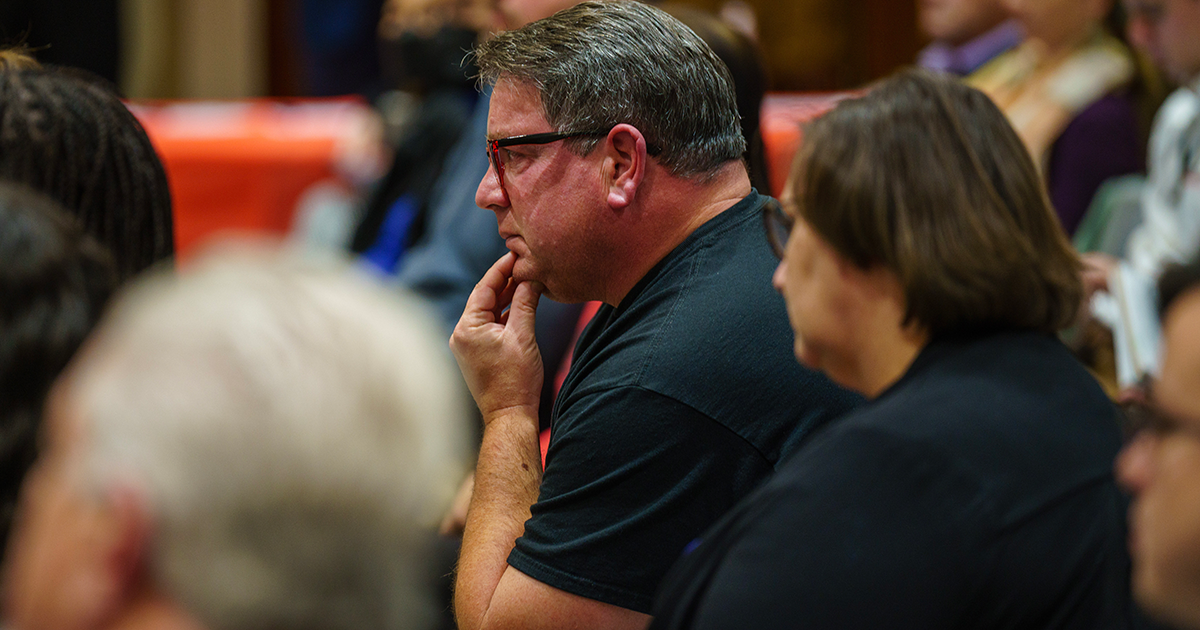 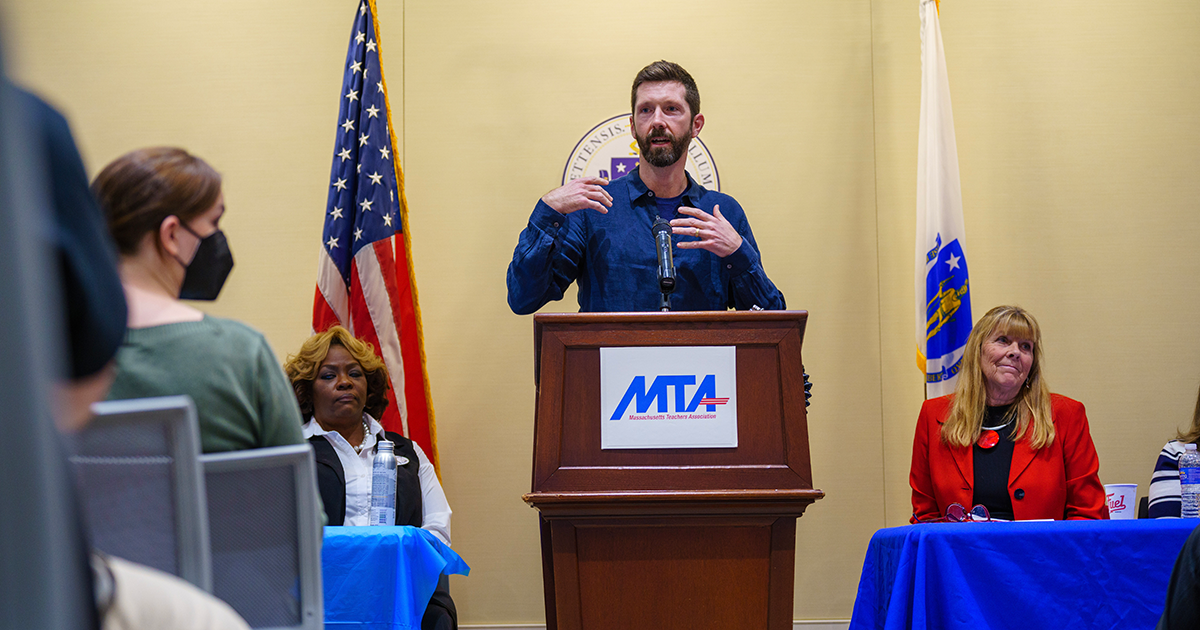 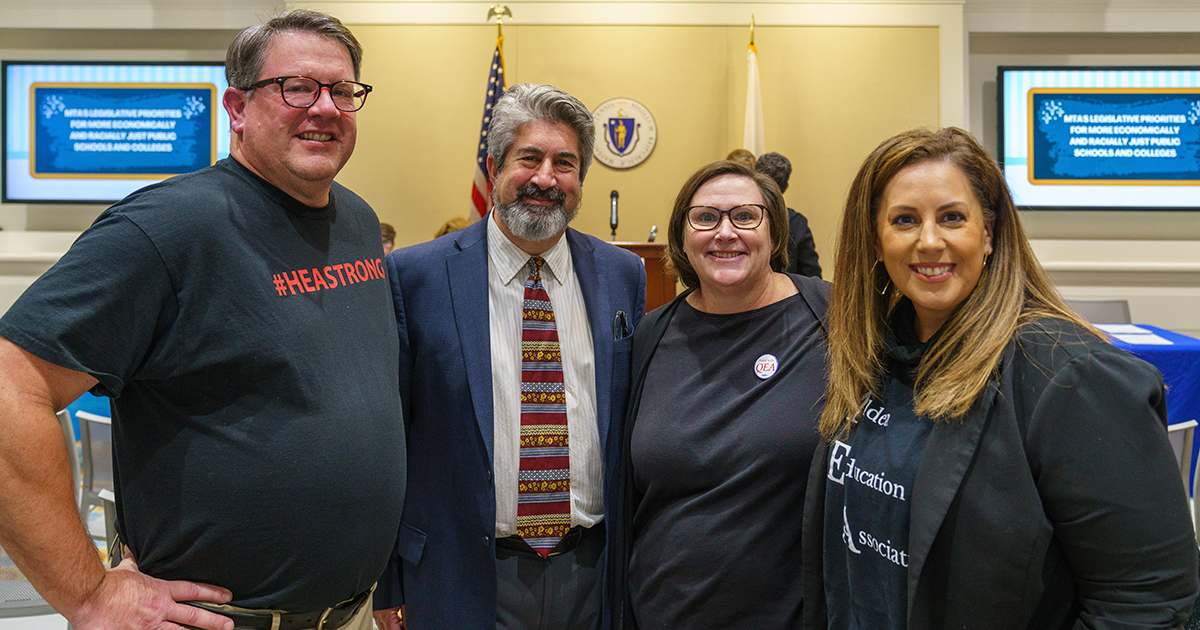 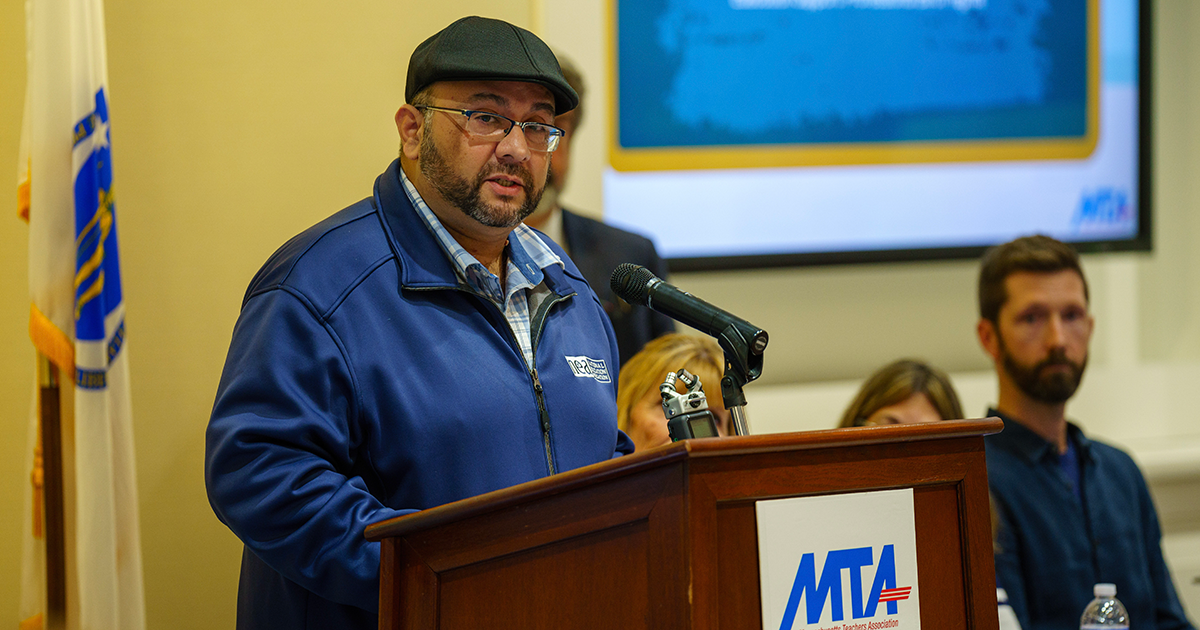 The MTA’s priorities for the new legislative session include securing state funds that meet all the needs of students who attend public schools and colleges.

Higher Ed for All

The campaign is dedicated to expanding access to Massachusetts public colleges and universities and to ensuring that learning and working conditions are equitably meeting the needs of all students and workers.

Additional priorities include: ending the harmful influence of standardized MCAS testing, addressing workers’ issues such as restoring the right to strike for public employees, and making sure retired educators are not forced into economic hardship.

MTA members engaged in a participatory process to craft the union’s legislative agenda, according to Betsy Preval, a Cambridge educator and chair of MTA’s Government Relations Committee, who spoke at a State House event on Dec. 8.

Earlier in December, the MTA-led Higher Ed For All campaign addressed specific needs for public colleges and universities at a State House briefing, including debt-free access to public higher education.

Just as the Higher Ed For All initiative sprung from funding possibilities made available to the state through passage of the Fair Share Amendment, that successful ballot question is key to addressing some very specific needs in preK-12 public education. The ballot question, approved by voters on Nov. 8, created a 4 percent tax on annual taxable income over $1 million a year. The constitutional amendment will generate nearly $2 billion annually and requires the funds to be spent on public education and transportation.

School counselors from Springfield described the untenable caseloads they face, while emphasizing the important role they play in student success.

Counselor Heather Gershman, who provides services to 479 students, emphasized the need to bring statewide counselor-to-student ratios down to the profession’s recommended ratio of 1-to-250.

“When there is only one of us, someone else is missing out,” said Tracy Little-Sasanecki, president of the Springfield Education Association and a veteran school counselor.

Worcester educator Saul Ramos emphasized the need to raise wages for Education Support Professionals. In districts throughout the state, education support staff – many of whom work with the most vulnerable students and those with the greatest needs – earn far below what economists consider a living wage.

It is common for ESPs to hold a second job – and sometimes even a third job – to make ends meet, Ramos said. ESPs also need equitable access to health insurance and paid leave.

“We don’t have a teacher shortage; we have an educator shortage,” Ramos said. “We are losing educators who have expertise and who help make our schools function.”

“We don’t have a teacher shortage; we have an educator shortage. We are losing educators who have expertise and who help make our schools function.”

Retired educator Phyllis Neufeld addressed the issue of pension payments that are not keeping up with inflation. The MTA supports legislation to adjust the pension formula that now only applies a cost-of-living adjustment to the first $13,000 in annual pension income.

“That is not offsetting inflation,” Neufeld said.

The MTA proposes an immediate increase in the COLA base to $18,000, and to increase it over time to match the maximum base allowed for recipients of Social Security, which was $40,140 in 2022.

In addition to addressing funding needs, the MTA’s legislative agenda aims to eliminate the use of MCAS scores as a graduation requirement for students and as a trigger to impose turnaround plans on schools or place districts under state receivership.

UMass Lowell Professor Jack Schneider, who has researched the use and impact of standardized tests and developed alternative assessment tools, explained that the MCAS is a poor measuring tool for creating an accountability system that leads to good schools for all communities.

“Right now, we don’t measure what people care about,” said Schneider, listing qualities that families say are important for schools, such as making students feel safe and supported and instilling the value of learning in students.

And as far as accountability goes, the achievement gaps are “wider than ever” between white and non-white students and between districts that can afford to spend more on their schools and those that cannot, Schneider said.

“When there is such a narrow range used to determine quality, there is an incentive for schools to game the system,” he said, referring to schools that narrow the curriculum and take time away from authentic learning to focus on test preparation.

The MTA’s legislative agenda also includes winning back the right to strike for public education workers, which is prohibited under state law.

Over the past three years, educators in the Dedham, Brookline, Malden and Haverhill locals went on strike. In each case, the locals were potentially subject to fines and other penalties.

But as Malden Education Association President Deb Gesualdo explained, without the ability to strike, educators are at a disadvantage and subject to stalling tactics used by management at the bargaining table. She described how the MEA submitted several contract proposals that the Malden School Committee simply ignored.

The MEA and Malden School District reached an agreement within the first day of that strike. Dedham and Brookline educators also reached agreements after one day of striking in their respective districts. Haverhill settled its long-stalled contract after a four-day strike that had strong support from community members.

"Educators too often face prolonged and unproductive bargaining sessions through no fault of their own."

“No local union enters bargaining wanting to strike,” said MTA President Max Page. “Educators prefer to settle fair contracts in a timely manner so they can focus on their important jobs of working with students. But without the ability to withhold labor – a right that almost all other unionized workers have – educators too often face prolonged and unproductive bargaining sessions through no fault of their own. Bargaining contracts should not be an overly arduous process, especially in a wealthy state like Massachusetts where people are strongly supportive of their public schools, colleges and universities.”